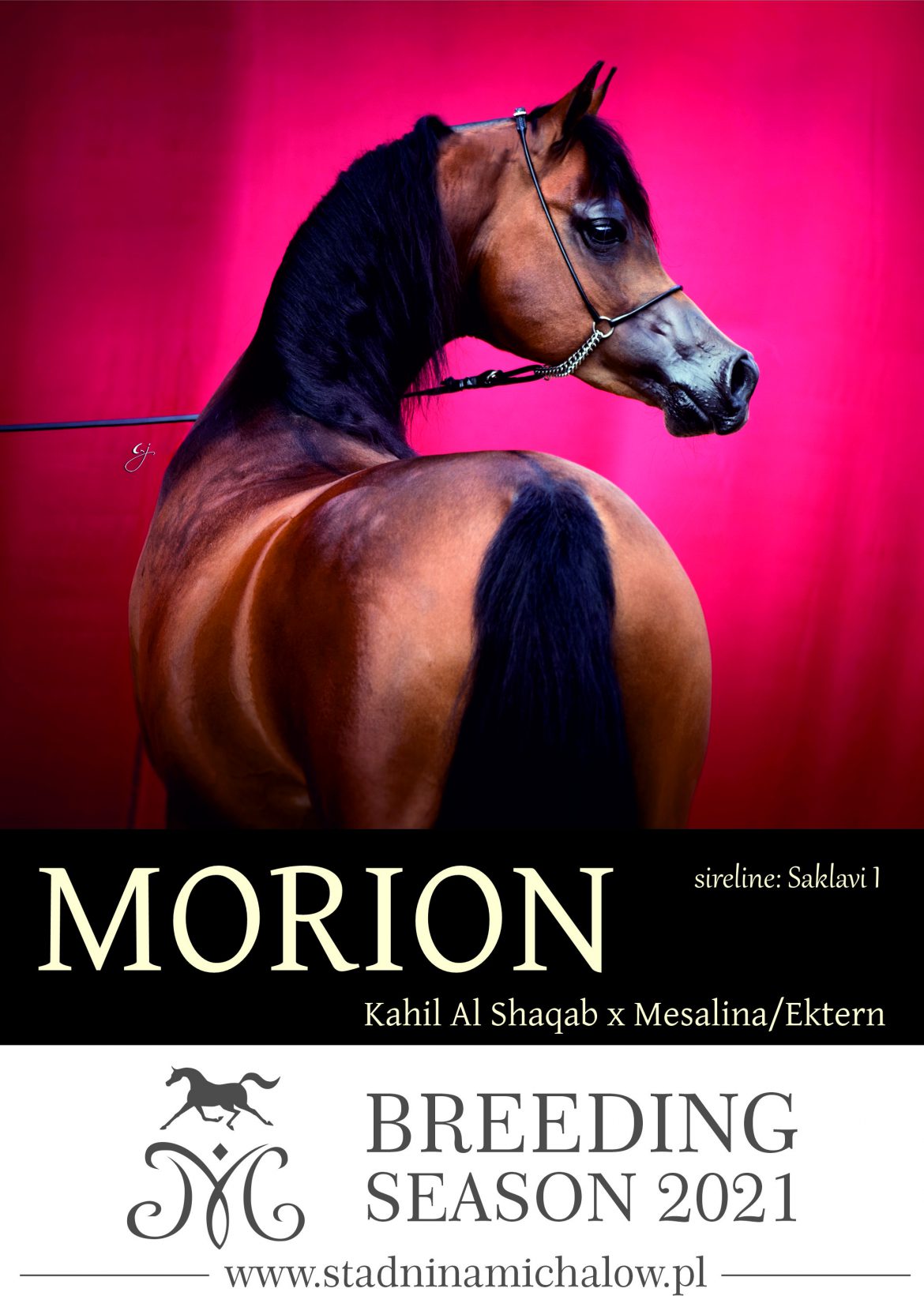 The foaling season and breeding season is a period of hard work for breeders. It is the time of verifying our previous breeding decisions and the time of making new ones. Questions about the best matching damline and sirelines are rushing in our heads. Of course, the most important thing for us are „marriages” that will emphasize the positive qualities of the mares which are the base of our breeding programs and eliminate undesirable features.

Observation of the features and development of the current offsprings by MORION (Kahil Al Shaqab x Mesalina / Ekstern) confirms my belief that this is a stallion which allows us to expect promising ones. The first Michałów foals by MORION appeared in 2019 and met our expectations. In this difficult pandemic 2020, the Polish offsprings of MORION strongly emphasized their presence on the Polish show rings. The performances of the filly El Madera (Morion x El Medonia / Shanghai EA), El Medida (MORION x El Medara / Shanghai EA) and the colt Ferrum (Morion x Ferrmaria / El Omari) in Białka during the XXX Junior Spring Show of Arabian Horses made us proud. The victory of El Madera led by Paweł Syliwoniuk in the yearling fillies class 4B with a score of 91.33 points was only a prelude to the performance of El Medida presented by Artur Łojowski. Firstly, Artur led her to victory in the class with a score of 93.67 points with excellent marks for type, head and neck and movement, and then they together outclassed the competition in the Yearling Fillies Championship, winning a well-deserved gold medal.

The performance of MORION’s son, the colt Ferrum, was the beginning of this young horse’s fascinating show career. By winning the Yearling Colts Championship in Białka, he began his way for more victories. Excellent performances both during the National Arabian Horse Show in Janów Podlaski, where he got the title of Yearling Champion Stallion, the award for the best movement and the extremely important title of Best in Show, as well as the performance in Prague, from where he returned with the title of European Champion, proves that the chosing Morion’s breeding is worth serious consideration.

Our offsprings by MORION from 2020 also allows us to be optimistic about the future. We believe in their successes at the shows, hopefully also at the most important title ones.

MORION is very popular among breeders who have already noticed a huge potential in his offsprings, both for show and for breeding in the future. MORION gives offspring a large, black, well-set eye, a wide forehead, a long swan neck, good body shape and elegance. Choosing the MORION’s breeding is a great chance for progress in breeding programs and spectacular successes on show rings.

WILDONA. Beautiful, phenomenal, one of a kind!