MICHAŁÓW-BRED COWS ON THE PODIUM 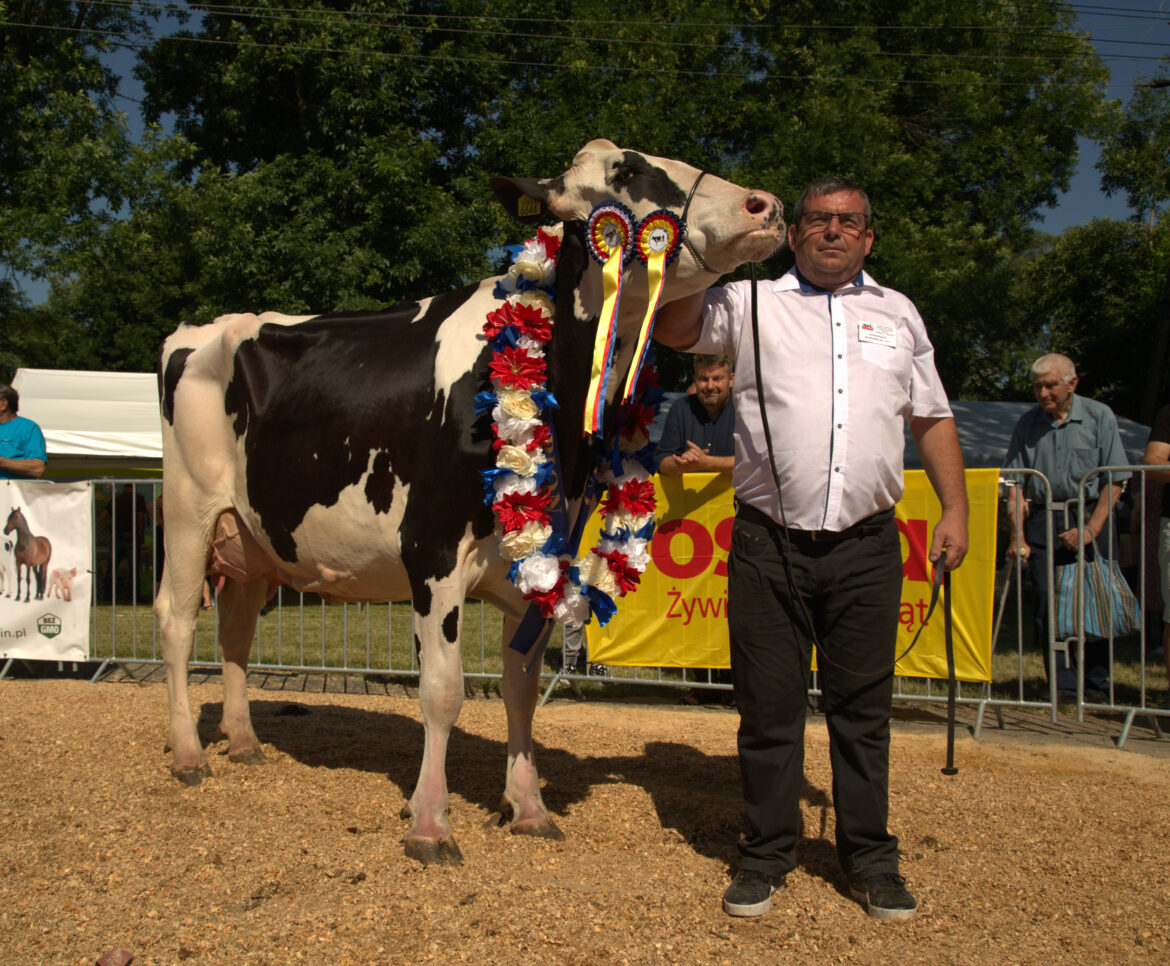 On 25th and 26th June, XV Regional Livestock Show was held in Modliszewice in Świętokrzyskie Voivodeship. For the last 15 years, it has been part of the cyclic event called “The Open-Door Day”. This exhibition is a great opportunity to present the achievements of local farmers and of the companies closely cooperating with them. On this occasion, Michałów State Stud presented a group of Jersey cows and Polish Holstein-Friesian cattle, achieving spectacular success. Michałów-bred Jersey cows won the titles of Champion and Vicechampion in the primiparous cows’ category, while the Holstein-Friesians bred by Lubcza, the farm which belongs to Michałów State Stud, were awarded the titles of Champion and Vicechampion in both primiparous cows’ and second lactation cows’ categories. We are also very pleased with the fact that one of the Polish Holstein-Friesian Champions, AGA 123 (Altadrago – Aga 110 / Impression), born in Lubcza in 2018, became Superchampion of the whole show.

However, it is not the only accomplishment of the Michałów-bred cows this season. On 21st June at the Milk Gala in Warsaw, organized by Polish Federation of Cattle Breeders and Dairy Farmers, our cows won the award for the highest milk yield Jersey herd in Poland.

Even earlier, on 5th May, at the 2022 “Milk Laurels” grand gala held at the Provincial Community Centre in Kielce, the Michałów-bred cows won the highest number of awards of all the exhibitors. Acting president of Michałów, Monika Słowik, collected the following awards on behalf of the stud:

We are pleased with numerous wins of the cows bred in Michałów and Lubcza. Yet, these wins would not be possible without hard work and dedication of our skilled staff headed by zootechnicians and veterinarians: Marzena Liśkiewicz, who is in charge of our Jersey cows, Daria Róg, who takes care of the Polish Holstein-Friesian cattle in Lubcza as well as Agnieszka and Bartosz Kozlowski, responsible for veterinary supervision of both herds.

We look forward to the next challenge at the National Breeding Cattle Show which will be held on 2nd and 3rd July in Minikowo near Bydgoszcz.

MORE GOOD NEWS FROM THE RACETRACK IN WROCŁAW