ESPADRILLA is celebrating her 25th birthday 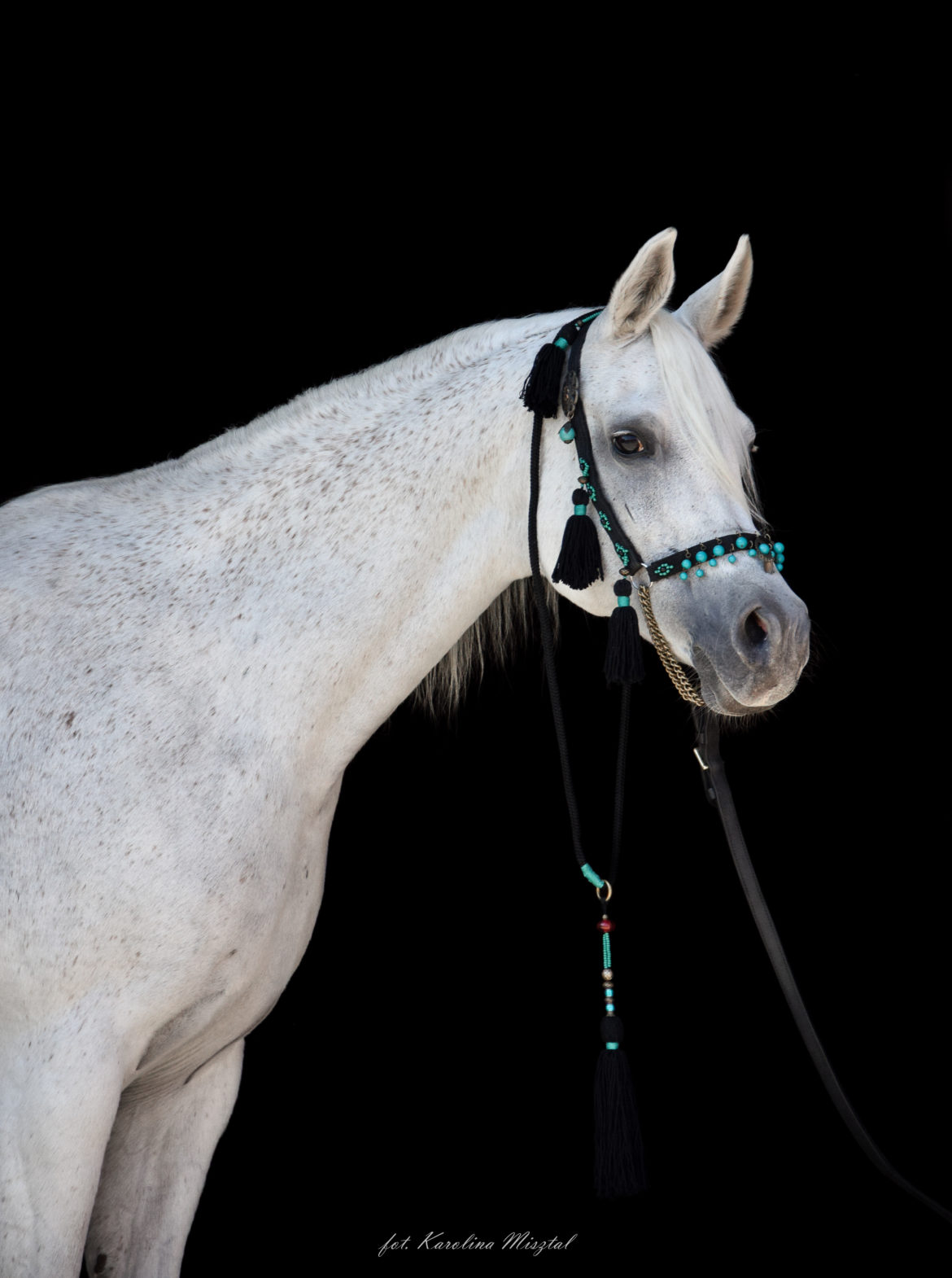 Today, the exquisite ESPADRILLA, one of the most meritorious mares of Michałów, is celebrating her 25th birthday. ESPADRILLA is the daughter of two legends, the magnificent MONOGRAMM and the ethereal EMANACJA by EUKALIPTUS. Through her exceptionally beautiful dam EMANACJA, a national and international champion, ESPADRILLA represents the family of MILORDKA, the most numerous and most valuable dam line of Michałów. Among other important titles, EMANACJA became Polish and European Champion as well as World Vice-champion as a junior mare. When she became this breathtaking snow-white beauty that we all remember, she also won the Polish National Champion Senior Mare and All Nations Cup Senior Mare titles.

The sire of ESPADRILLA needs no introduction. The charismatic chestnut flying-in-the-air MONOGRAMM, leased to Michałów in 1993, left some outstanding offspring at the stud. Out of 112 foals born in Michałów, the stallions EKSTERN and GANGES as well as the mares KWESTURA, ZAGROBLA, ELANDRA, PALMIRA, EMOCJA, GEORGIA, PALESTYNA, EMBRA and EMMONA have been extremely successful in the show rings and in the breeding barns.

Even though she took part in many national and international shows, ESPADRILLA often had to give place on the podium to her famous siblings. Nevertheless, this phenomenal feminine mare with a long swan-like neck won a few important show titles, including the 2005 and 2008 Polish National Vice-champion Senior Mare in Janów Podlaski.

During her long and lustrous breeding career, ESPADRILLA produced many valuable daughters, of whom the beautiful bay EMANDILLA by OM EL SHAHMAAN is considered the most precious one. Following in her dam’s footsteps, after a successful show career, EMANDILLA became one of the most valuable broodmares at the stud. While on lease to Knocke Arabians of Belgium, ESPADRILLA bred to QR MARC produced a very handsome grey colt EQUIBORN KA who conquered European and American show arenas. This ten-year-old stallion became Bronze World Champion in 2017 and Bronze Champion Senior Stallion at the 2019 Las Vegas Arabian Breeders World Cup.

Apart from ESPADRILLA, the successful cross of MONOGRAMM with EMANACJA produced two more mares. EMBELLA, the star of the 2007 Pride of Poland was sold to the UAE for 180 000 Euro, while EMPIRYKA was exported to Spain in 2011. ESPADRILLA is one of the last three daughters of MONOGRAMM remaining at our stud.